Veritas In Silico developed technologies in informatics for identifying structural motifs on mRNA that can be drug targets, and in experimental biology for verifying the structures of target motifs as well as for screening. These technologies allow for the discovery of small molecule and antisense oligonucleotide (ASO) drugs targeting mRNA. 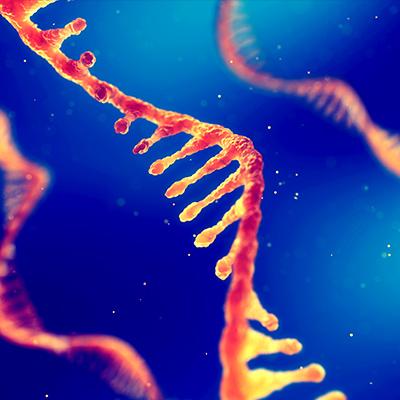 mRNAs, currently a target of ASO and small interfering RNA (siRNA) drugs, constitute a major biopolymer group alongside proteins.
For years, there have been concerns about the depletion of druggable proteins. In view of this, mRNAs are increasingly being recognized as important drug targets that could eventually surpass the number of druggable proteins. However, whereas extensive study of the three-dimensional structures of proteins has led to the discovery of numerous protein-targeted drugs, there has been no research on entire mRNA structures. 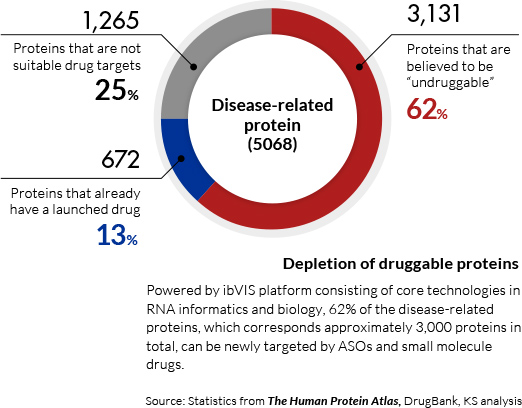 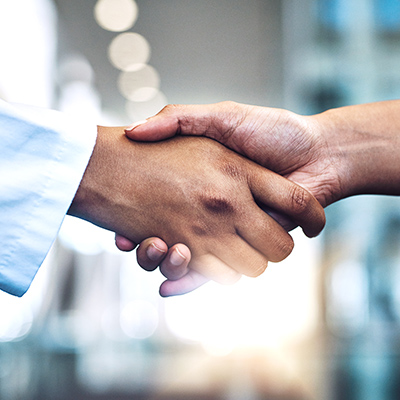 The discovery of mRNA-targeted drugs is best achieved by using a collection of technologies that work functionally and organically as a seamless system.
Veritas In Silico possesses a complete platform of technologies for mRNA-targeted drug discovery: our in silico MobyDick technology for identifying druggable mRNA motifs, experimental techniques for efficient screening of ASOs and small molecule compounds that downregulate mRNA expression, and three-dimensional structure determination techniques for structure-based optimization of drug candidates. We share this platform with our partners, who share our vision of discovering mRNA-targeted drugs. 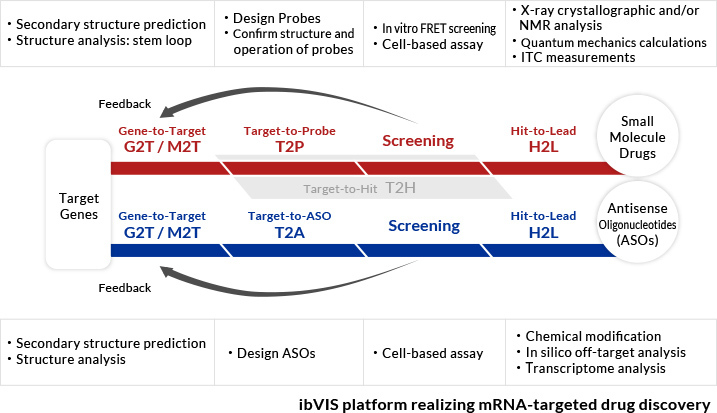 Our ibVIS platform has two main uses: one is for the discovery of ASO drugs and the other is for the discovery of small molecule drugs. Among the structural motifs identified by our MobyDick program as having high probabilities of existence, stable motifs can be targeted with small molecule drugs while unstable motifs can be targeted with ASOs.

ASO and siRNA modalities against mRNA targets have been launched on the market. As nucleic acid-based drugs, they have high manufacturing costs but are nevertheless acceptable for the treatment of rare diseases. However, common diseases are better addressed by less costly small molecule drugs.
The ibVIS platform provides a system that can handle a full range of drug discovery needs, addressing all kinds of diseases. 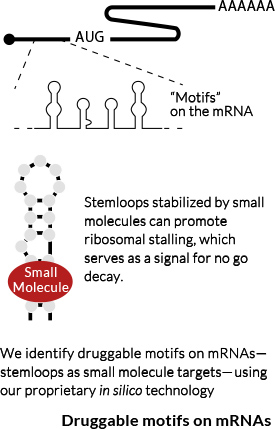 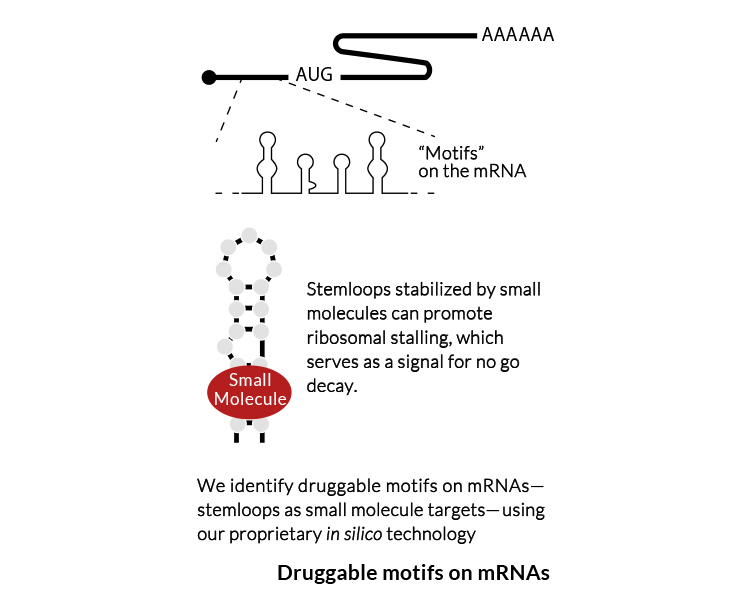 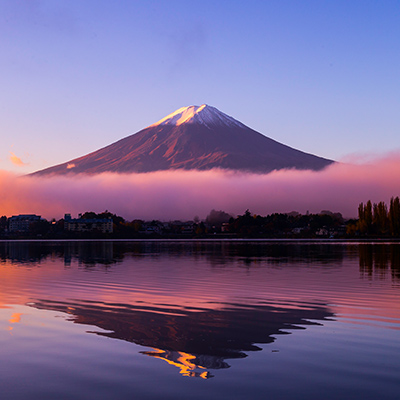 Behind Veritas In Silico’s platform technologies is a team of RNA experts, including academics who lead the fields of RNA structural and computational biology, RNA-targeted small molecule drug discovery, and antisense therapeutics. This outstanding team guides us as we continue to innovate on our platform technologies in the fast-moving field of RNA research.